Best Housing Schemes in Twin Cities for Investment in 2018 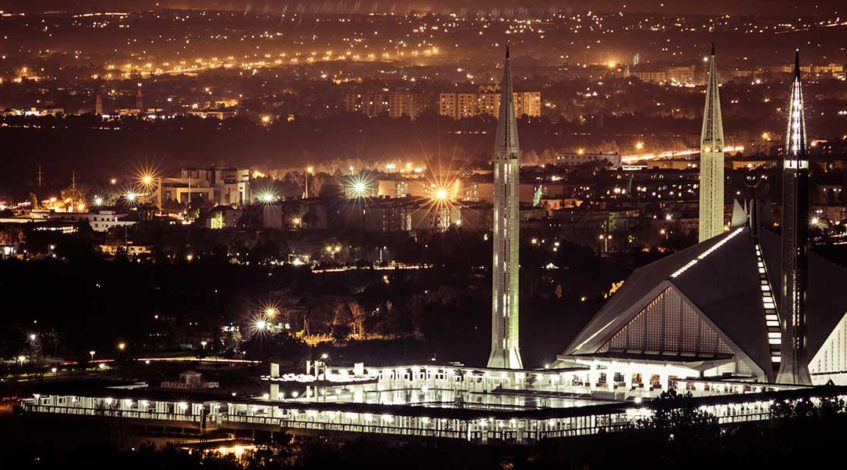 In real estate industry, trends in investments change every six months. Yet again this year, we have the best housing schemes for investment in Twin Cities for the year 2018.

The real estate industry in Islamabad has taken a step ahead due to the introduction of new sectors, the construction of new Islamabad International Airport, and the signal free corridor expressway.

Considering the aforementioned developments in the Capital City, we have seen plenty of investment plans, offering the best and beneficial investments for the people of twin cities. However, it is to be kept in mind, that it is always better to invest in the newly launched plans and not on the already launched successful schemes, as it is more likely to get a profit out of your investment in a newly launched project in comparison to the ones who have already touched the peaks.

However, if you’re a professional investor, and have the slightest idea of the economic cycle, you would understand the profit and loss criteria better. For the ones, who are new at this, must try understanding this at first. 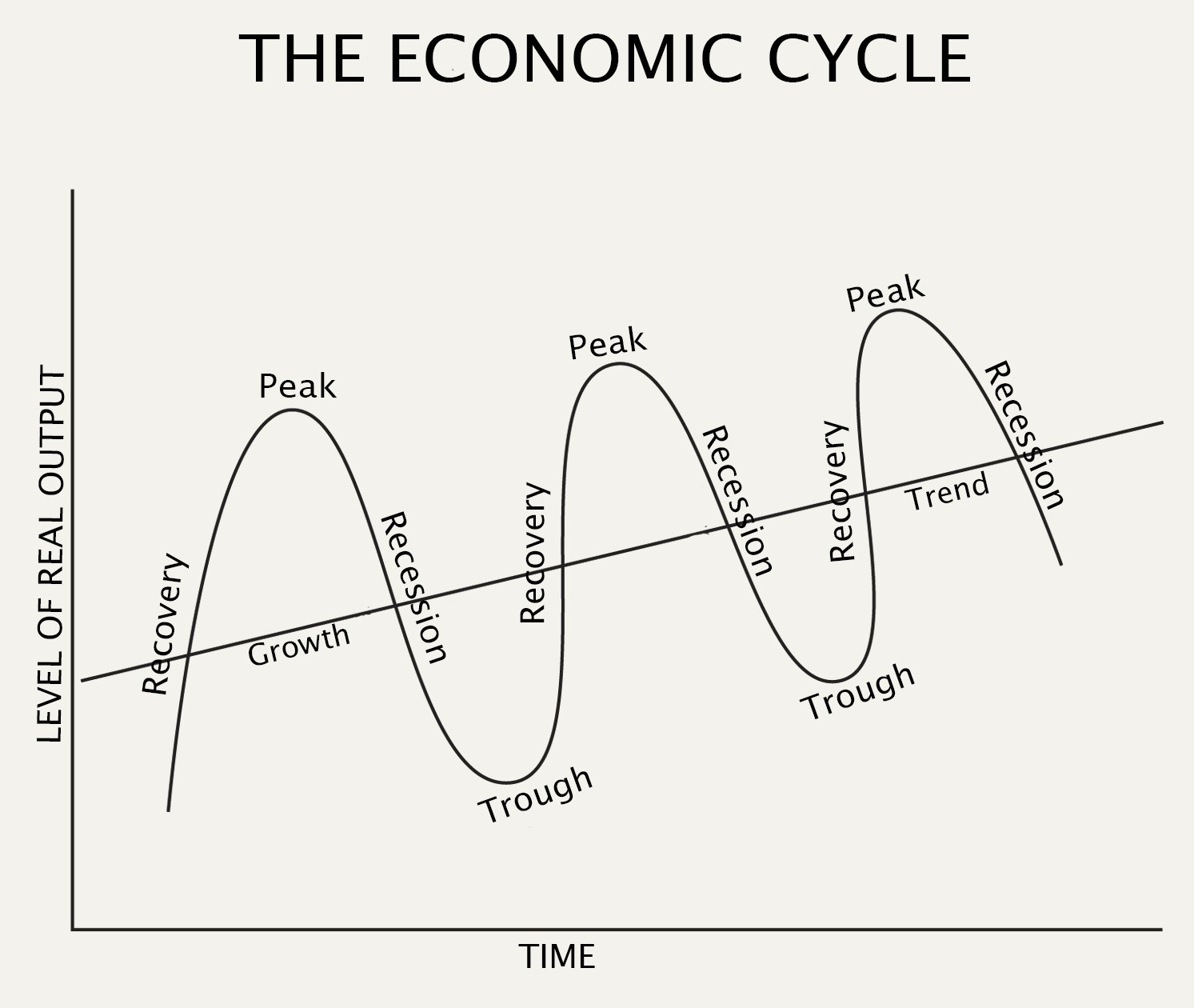 As we can see, there is a peak period, a recession period followed by a trough (lowest point), then the recovery period followed by the peaks (highest points). It is very clear now, that peaks and troughs are always in a transitory place whereas growth remains constant. Meaning, despite all the ups and downs, in the long run, you definitely get some gains, which obviously depends on time.

Normally, real state investments are meant for the long-term profits, but considering the millions of investors across the country and abroad have made the real estate industry into a tradable commodity. This is the reason which makes this phenomenon of the economic cycle more worthy understanding.

However, internal and external factors play a role in maintaining the value of housing projects, for instance, the location, approach, development standards, facilities, attractions, security and mostly the basic facilities (schools, colleges, hospital etc). Whereas the short-term investors prefer opportunities which depend more on external factors.

Considering Islamabad, the signal free corridor of express highway has played a great role in increasing the land prices for the housing projects situated alongside it, e.g Gulberg Green, Soan Gardens, PWD etc. Simultaneously, the construction of the New Islamabad International Airport has caused a great deal of benefit for the housing scheme in the 10-15 km radius of it, e.g. Capital Smart City Islamabad, AWT Housing Scheme, Thirteen, etc. When looking into Rawalpindi, we know that the plan for Rawalpindi Ring Road will definitely affect the land worth of DHA Phase 3 and 4, Bahria Phase 8, and the nearing housing societies on Adyala Road. 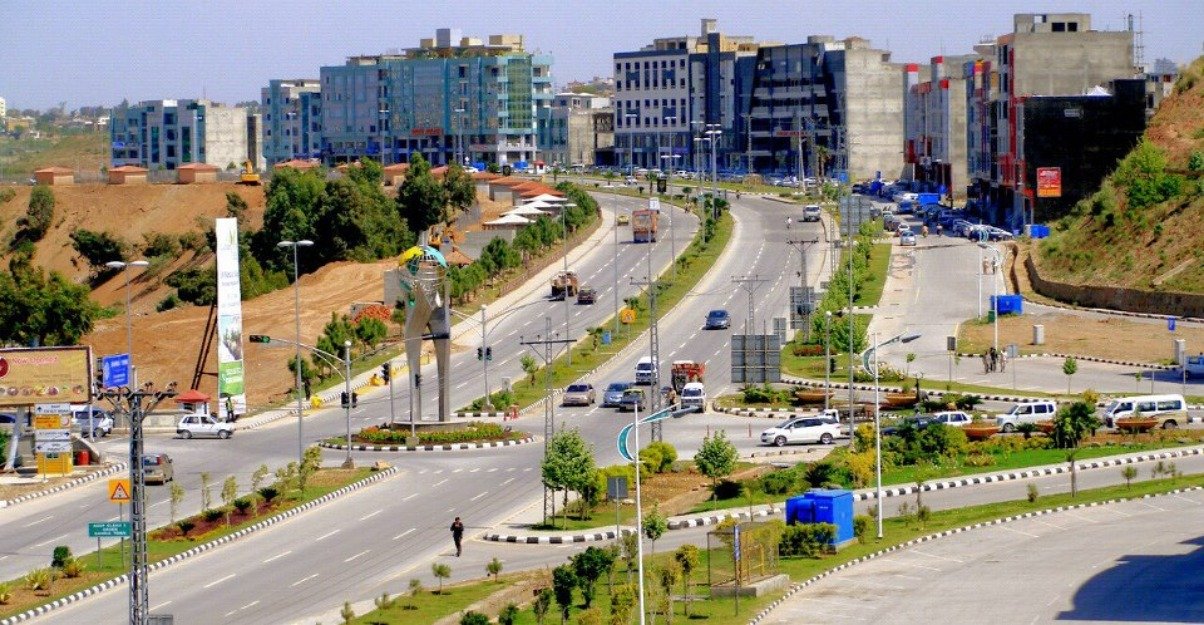 Bahria Town Phase 8 Rawalpindi is located on the GT Road, near DHA Phase 1 Islamabad. It has seen its lowest time period in the past 3-4 years due to its prices being spiraled down after its quick success in the year 2013. Bahria Town Phase 8 was at its worst after 2013, until recently when it started new development projects and we can now see that it is all set to see the success again.

These new developments included the Theme Park, the Food Courts, The Roots University, Bahria Orchard etc. These were the major factors for the come back of Phase 8. People were buying land for residential purposes mostly rather than for investment purposes. The Rawalpindi Ring Road is going to be a cherry on the top for Bahria Town Phase 8, as it is planned to link Rawat with Motorway M2 at the Thallian Interchange. So far it is not sure that whether the field work has started or not, but in future, we do see this huge development affecting prices in Bahria Town Phase 8. 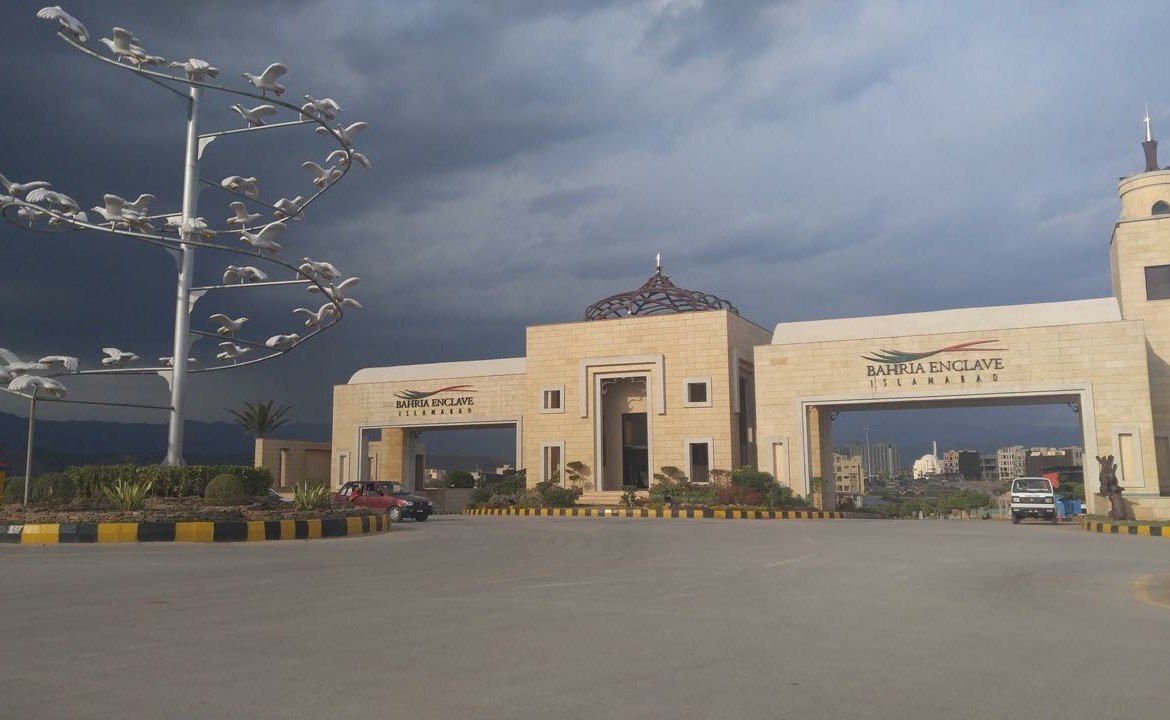 Bahria Enclave has the most convenient access from Islamabad Expressway, Kashmir Highway, and the Lehtrar Road. Bahria Enclave is located near Chak Shahzad and the Park Road and Kuri Road.

it is the most luxuriously planned projects of Bahria Town in Islamabad and has a potential of an immense growth. Almost half of the development work has been completed and the rest is developing at high pace. The land prices have almost doubled in the past two years and have greater chances to be increased even more by the end of this year. Both, the genuine buyers and the investors of the twin cities consider it the place for investments and residence in the Capital City.

DHA Phase II Islamabad is located in the famous Kahuta Triangle. It rests in between the Islamabad Expressway and the GT Road. Its apex is at Rawat and base runs parallel to Soan River. DHA Phase 2 has a beautiful view having 4 entrances from both the expressway Islamabad and the GT Road.

After the completion of Giga Mall aka the World Trade Centre Islamabad, DHA Phase 2 has been in the eyes of all the pindiites. The housing scheme which was previously being ignored due to the far-off location has now gained all the attraction due to the humungous Giga Mall. The development gained pace in 2014-15 when more and more people started moving to DHA Phase 2. People prefer DHA due to the comfort and security it offers.

We think, that DHA Phase 2, due to its ideal location and the valuable living can never be a waste of money. So we suggest it to be among the best housing schemes for investment. 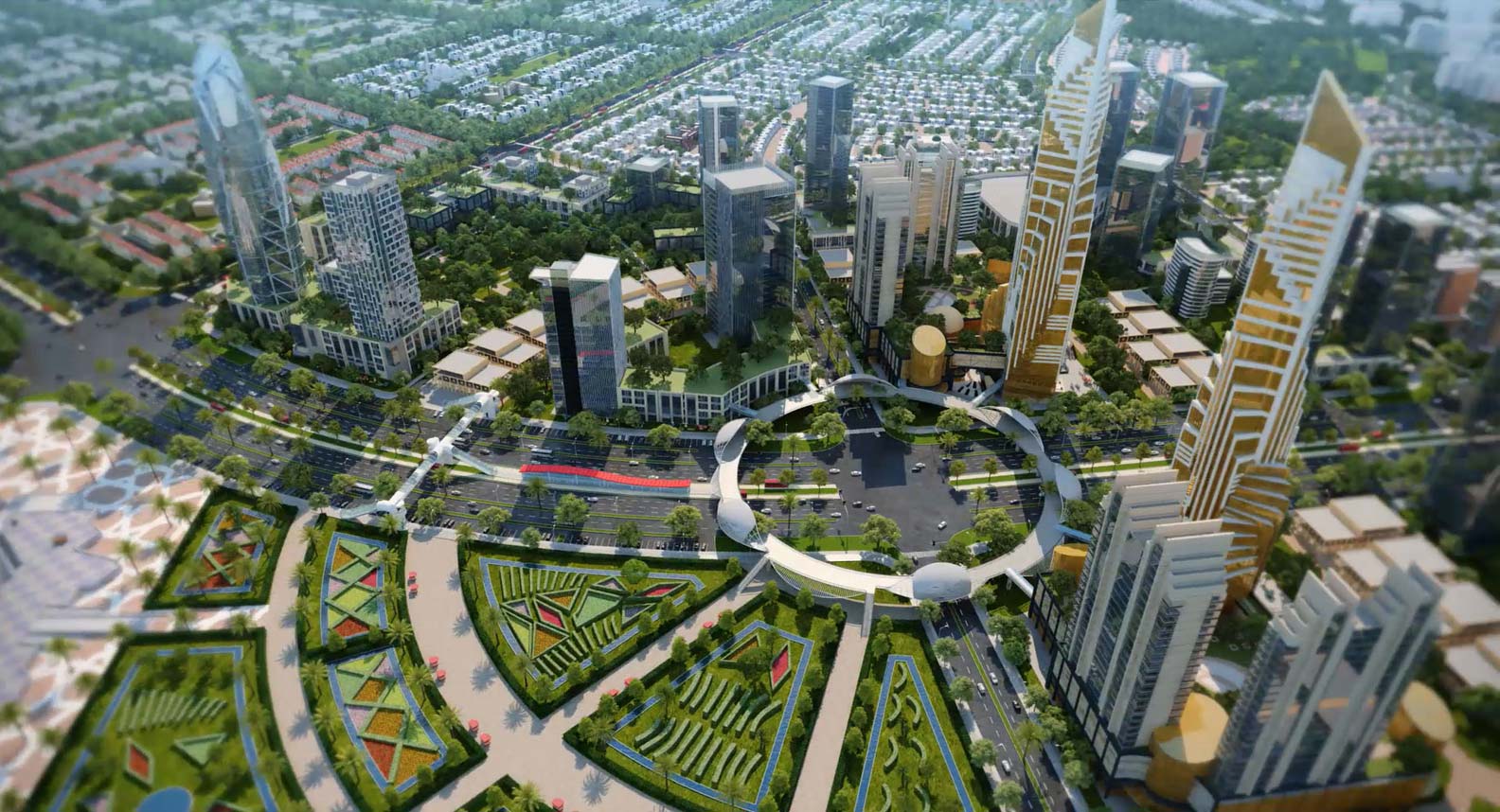 Capital Smart City Islamabad is a new project launched by Future Development Holdings Pvt. Limited in order to help cater with the increased residential need of the twin cities. It is a unique housing plan, neighboring Islamabad Motorway (M2) exit, on a 5 minutes drive from the New Islamabad International Airport, and with a distance of 22 min drive from the centers of both Islamabad and Rawalpindi.

Due to its ideal location, and world-class amenities, Capital Smart City has the potential to match the standards of all the housing schemes residing on the expressway Islamabad. The Square mall and the hotel is a great hook for the investors here as well, as we see nothing like such malls in the vicinity of the new Islamabad International Airport. 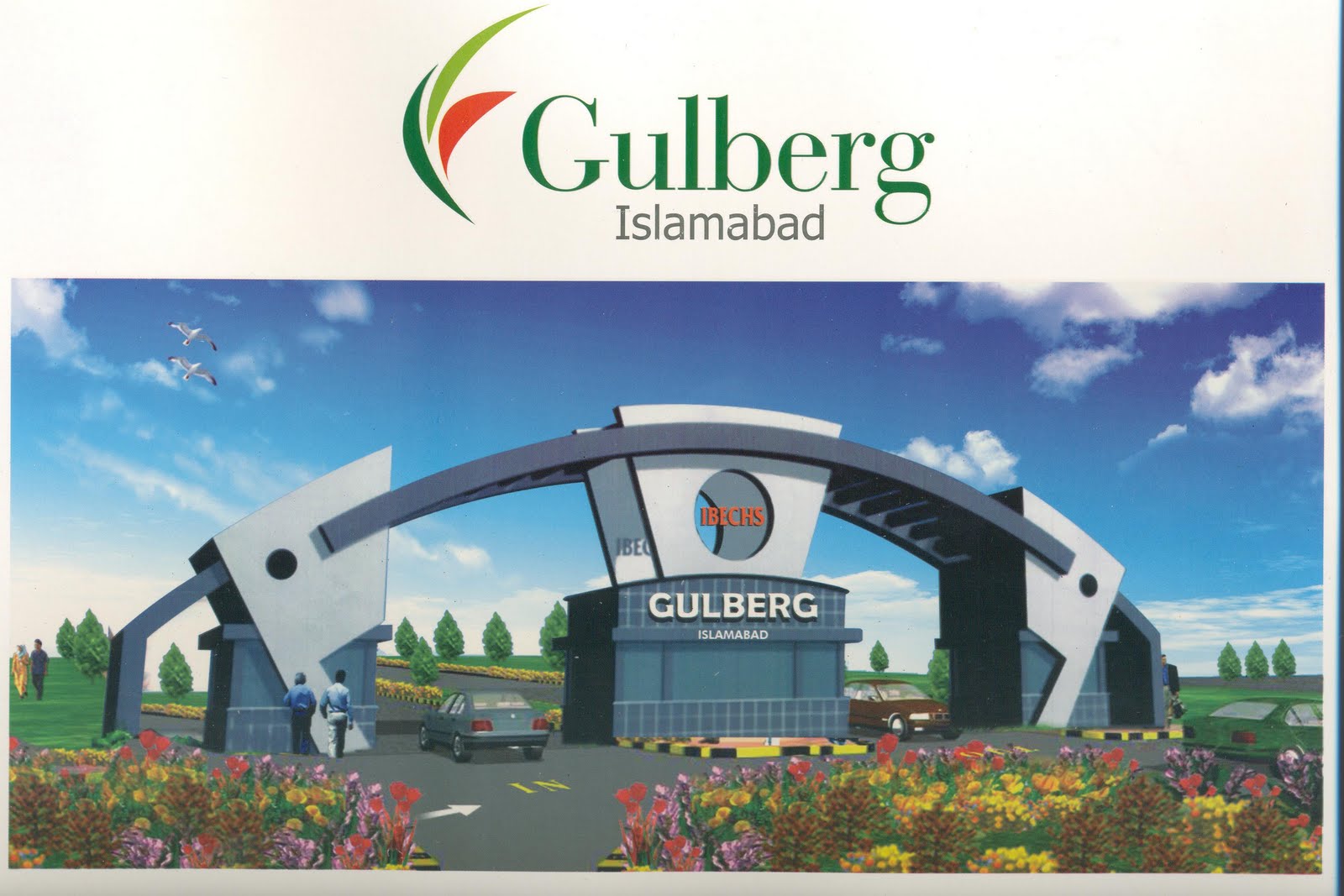 Gulberg Green has performed better as compared to all the other housing schemes residing on the expressway Islamabad in the past 2 years alone, due to the slow development of the nearing housing schemes. Gulberg green has all the potential to get its way up as the majority of the buyers, seeking land near Koral flyover, making it worth an investment as it stands in the middle of the twin cities.

For Further details, please contact us, so that we can help you choose the best investment plans in the twin cities.