Should You Invest Now or Later in Societies Near the New Airport? 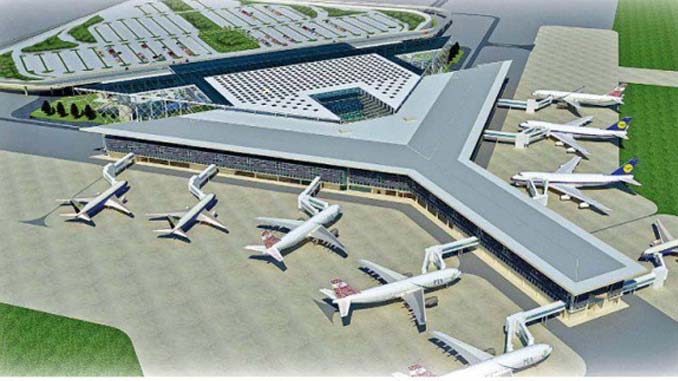 In terms of investment, Islamabad zone 2 has been among the few active zones in Islamabad until now. Investors have been attracted to only a few projects as most of the housing schemes that made claims of higher returns because of their close proximity to the New Airport are currently dead.

So the question remains will this downward trend continue or will the prices go up? Well, let’s find out the answer!

Market Trends at the moment:

At the moment, The well-known and prime housing projects who know how to market their schemes and the network of property agents are asleep. This slowish trend has been continuing since Ramzan except for the short period after Eid when the market witnessed an increase in investment.

This made it certain to bring the rates down. This is especially true for projects and their blocks where development work is ongoing and possession is yet to be granted. The drop in rates has been estimated to be 10 % to 15% according to sources.

By launching new and attractive deals, the housing schemes have cashed this low-investment time period by managing to keep the investors interested.

Those projects which had a strong network of agents kept the cash flowing as they ensured investors remain interested. Furthermore, those projects where the Return on Investment(ROI) was expected to come sooner due to the expected demand by the investors also managed to survive the drought period.

Following schemes experienced a decrease in their prices:

The downward trend in the real estate market is due to the upcoming elections according to the agents and investors operating in Zone 2. And it is expected that after the new government comes to power the situation will improve drastically. It is significant to mention here that the projects which are going through a drought could benefit the most.

Moreover, due to the already lesser price than the optimum market value of housing societies near the New Airport, there is a potential for good returns. In fact, barring any untoward downfall, the following three to four years could witness a spike in the value of housing projects that are currently in developing phase.

According to our sources, the upward trend in the market will be more rewarding for:

Developers and Investors planning for what:

The timing for the new bookings and deals have also been a key factor in the success of societies near the New Airport. And due to the prevalent downward trend in the market, developers have decided to delay the launching of their new bookings.

Capital Smart City and Airport Green City are expected to launch their new bookings in the near future. Both the investors and developers are keenly observing the market before deciding to make a move. Some people are of the view that now is the right time to invest. Also the new societies such as Eighteen, Blue World City and Capital Smart City are also progressing rapidly and have been providing the potential investment opportunities to the investors.

There are always uncertainties in a politically volatile market like Pakistan. So it is now up to you to decide whether you want to purchase property in Islamabad’s Zone 2 right now or later.