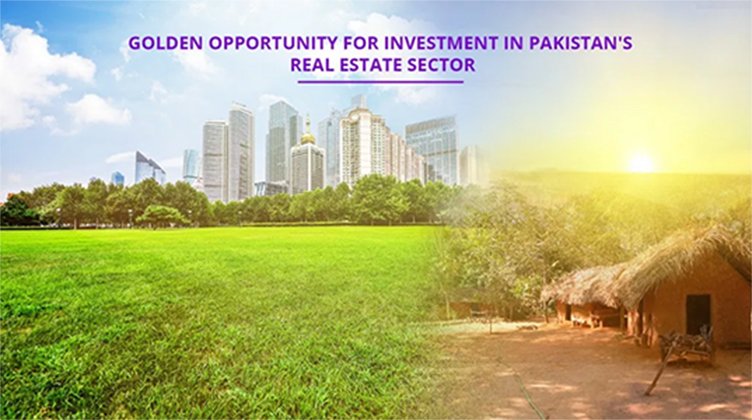 Pakistan’s economy has faced major setbacks during the previous year; the financial market faced a severe slump due to the new tax regimes being introduced by Pakistan’s government. An added factor was the disqualification of the then Prime Minister, resulting in serious political instability. This downfall is expected to remain until the upcoming general elections.

Nevertheless, the real estate sector of Pakistan has proved itself to be the strongest of all sectors and has made an appreciative comeback after the year lasting lump. Real Estate sector never faces a downfall for more than a day or two as it stabilizes quickly, the main reason being the increased demand for housing schemes.

China-Pakistan Economic Corridor (CPEC) has played a key role in attracting foreign investments in Pakistan; make it the best era in Pakistan’s history. Gwadar being the center of attention for CPEC has increased more and more investment opportunities in the region as well.

Expos and seminars for real estate investors of Pakistan and abroad have been arranged internationally, in the previous year, resulting in a greater turnout of investors towards Pakistan. Recently, the largest real estate expo so far, known as the Real Estate and Investment Pakistan Expo (RIPE), is supposed to be held in Sharjah, bringing together all the developers, builders, and international investors under one roof. Chief Coordinator of RIPE says that Pakistan’s real estate sector has grabbed most of its attention from the Gulf, Brunei and ASEAN region.

China has already made huge investments in Gwadar, attracting the foreign-based Pakistani’s back to their homeland. The major target of all these seminars and Expos are the Pakistani’s settled abroad, as they are always on the lookout for making good and profitable investments in their own country.

With the current developments being made in Karachi, under Bahria Town Karachi will also come out to be the hub for foreign investments in the years to come as it offers numerous major attractions, from the world’s third largest mosque to the Rafi Cricket stadium. We have already seen the revolution in Karachi’s real estate market due to projects like Bahria Sports City, Bahria Paradise, and Bahria Golf City.

The world is witnessing recessions and an awful decline in real estate sector, whereas Pakistan stands firm, proving itself to be the best investment market in the world. This was just one year, there are years to come, whether we live or die, Pakistan’s Real Estate industry will remain powerful forever.