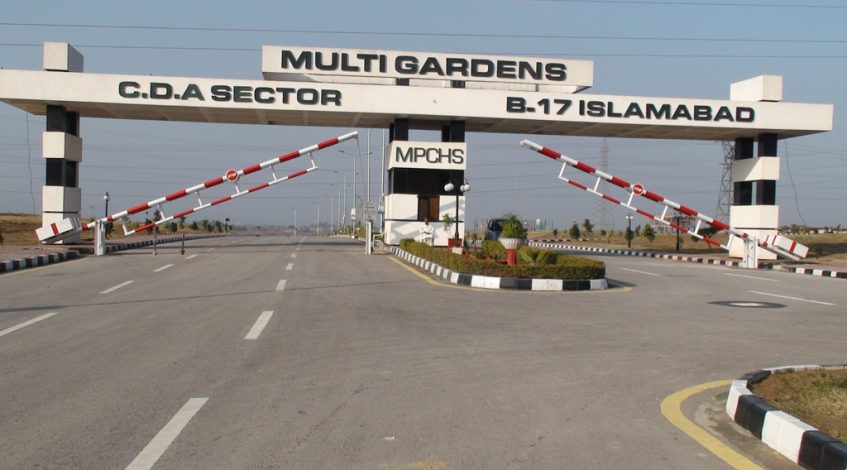 Multi-Professional Cooperative Housing Society’s Multi-Gardens, B-17 Islamabad has been one of the most popular housing societies in the country in 2018. Even at present, when the real estate market is going through a dull period, the society is holding its own.

Currently, prices are not appreciating at the same pace as they were during the first three-quarters of the year. However, the buying and selling activity and the interest of investors has remained at peak level.

The Asking Premiums in Block G stand as follows:

Meanwhile, in Block F, the asking premiums stand as follows:

Balloting for MPCHS has usually been held after two installments. The same is expected for Block G. The second installment is due in January 2019. So balloting and map are expected around late January or February. And that is when we can also expect significant development there.

Meanwhile, the situation remains the same as before in Block D. But in Block F, a significant amount of development has taken place. In fact, it is is more than 90% completed and the roads are currently being carpeted.

In terms of investment, almost all of the blocks in Multi-Gardens B-17 can be considered. However, the newer blocks would be more suitable. Depending on your budget, you can consider Block G where prices are quite low and the plots still have a substantial number of installments remaining, so it will be much more affordable.

If your budget is higher, there are other options including Block F, where the plots still have installments remaining and possession is available in a large part of the block. Other options to consider include Blocks D and E as well, where the prices are expected to increase in the future.