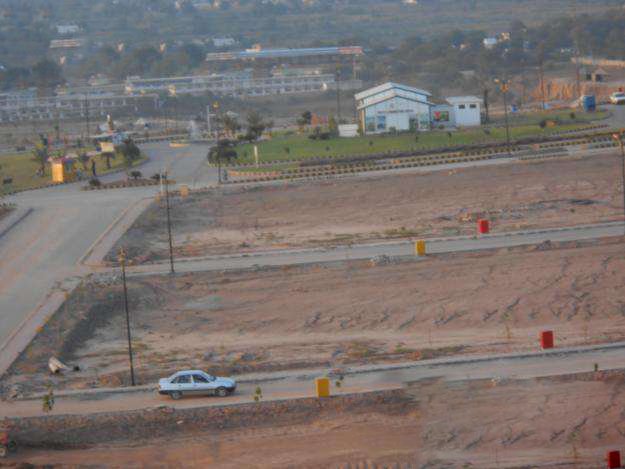 Islamabad—Once the local government comes into being and the Mayor of Islamabad takes over, Capital Development Authority (CDA) will be focusing on expediting work on the projects which have been stalled since decades.

CDA officials wishing not to be named told Pakistan Observer here on Tuesday that CDA was created to carry out development of capital city but with the passage of time it became overloaded with municipal functions.

After the introduction of local government system in Islamabad, CDA would be looking after its designated role of development, especially for the provision of affordable housing in the capital city.

Development of residential sectors remained stalled due to lingering land acquisition issues and missing priorities due to which allottees of such sectors had to face a lot, said the officials.

However, the present management under the Chairman Maroof Afzal has not only completed a number of delayed projects like Kashmir Highway and Park Enclave but is also on advance stages of development in the other residential sectors such as D-12.

Issues pertaining to sector E-12, I-12 and I-15 have been resolved and the authority would soon commence developmentprocess in these residential sectors. An official of the CDA said in order to resolve ever increasing issue of parking, authority has embarked on a plan to introduce concept of parking plazas in the city.

As a first leg of this vision two parking plazas have almost been completed in Markaz F-7 Jinnah Supper Market. He elaborated that authority has benefited from natural terrain of Islamabad to create parking spaces rather than going for traditional concept of parking.

He further briefed that the mega project of Expressway Signal Free Corridor has also been initiated. Under this project 25 kilometer long main artery of Islamabad is not only being made signal free but also being expanded to cater the rising traffic burden on the roads of the city. He said that due to consolidated efforts of CDA team and effective superior oversight the first phase of the project has been completed not only prior to completion deadline but also saved sufficient funds which is being utilized on further improvement of the facilities which were not in the purview of the scope of the project.

Meanwhile, during a meeting with the participants of 38th Specialized Training Programme of Pakistan Administrative ServiceChairman CDA, Maroof Afzal said the prime objective of the CDA is to provide affordable and standard residential facilities and the authority is alive to that.

He briefed the delegation about the working of the CDA and its various directorates responsible to keep the city abreast of its prime responsibility to provide the residents with the modern civic facilities.