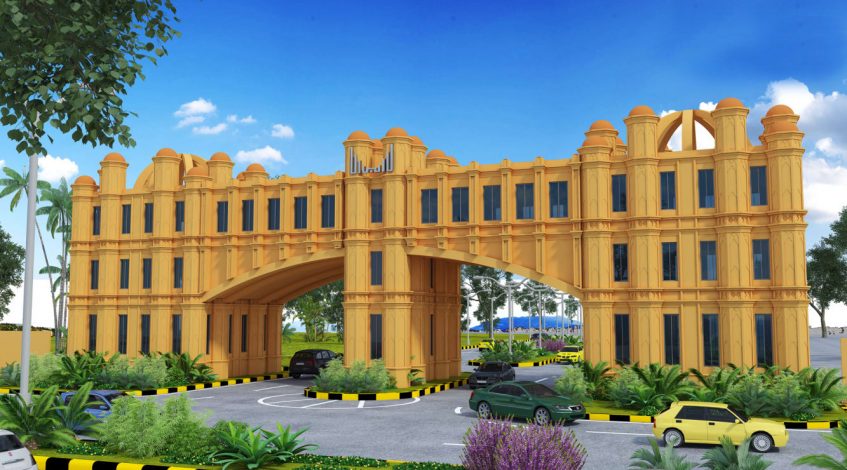 Capital Smart City Islamabad has received tremendous response from investors across Pakistan and abroad over the past couple of months due to major developments including fast-paced development work as well as a couple of big companies joining in to set up their branches in the first-ever smart city concept housing project in Pakistan.

Despite the depressed economic conditions of Pakistan; especially the real estate sector, this very project stands out as being one of the most selling properties in Islamabad/Rawalpindi.

Many of those who have purchased a residential or commercial plot in Capital Smart City might never have visited the location themselves, yet they trust the brand name of HRL due to the reputation it has earned over the past 3 decades in the field of construction and housing development in Pakistan.

We have already explained the concept and salient features of Capital Smart City on our project page, however, we deem this appropriate to share some latest news and most important updates including latest development images on this page so that our visitors can understand the potential of this exclusive investment.

Apart from ongoing development work, there are a couple of important developments which add to your confidence in the future profitability and sustainability of Capital Smart City. We will share concrete information as well as some unconfirmed market news which might be helpful in your decision making.

As you already know that Capital Smart City has been master-planned by a reputed international firm “Surbana Jurong” based in Singapore. The company has a history of planning smart cities across the world in various countries.

Currently, the development plan spans over 25000 kanals of land, however actual master planning spans over 5000 acres or 40,000 kanals. HRL has actively purchased thousands of kanals of raw land for future extensions in the master plan, so there is much more to come in Capital Smart City by the passage of time.

Some images of Peter Harradine’s visit to Capital Smart City with HRL team and agreement signing ceremony are attached below:

The golf course is expected to be ready by the end of 2019. You can find out more details about the golf course plan on the following page:

Harradine will also design a driving area and establish a golf academy, where major international golfing clubs may participate in the coming year.

Mövenpick Hotels & Resorts has signed an agreement with Smart Properties to open up a branch in Capital Smart City Islamabad. The hotel will feature 250 hotel rooms, 150 serviced apartments, four dining venues, meeting facilities, a fitness center, and two swimming pools. The project is expected to be ready by 2023.

Recently an agreement was signed between HRL and NDU to open up a campus of National Defence University in Capital Smart City. This development is being considered as a major breakthrough for this housing scheme due to the involvement of reputable armed forces institution.

Following are some images of the agreement-signing ceremony:

This is not the end of the story, there are a couple of other things which are coming up in the near future. To this point, we have shared authentic information as to what has happened. Now we will discuss some market news which might interest you.

We have been hearing about HRL negotiating with DHA for a joint venture in Capital Smart City for the past couple of months, especially after the project launch was delayed 2 months back. Market news is that both parties have signed an agreement, and soon DHA will announce its active participation in the project. The latest agreement with NDU is being considered as part of that agreement, however, no exact details of the subject agreement are available to us.

Another unauthentic news is that HRL is negotiating terms with Agha Khan University Hospital to open up a branch in Capital Smart City. If this news is correct and AKUH is coming to Islamabad, this is again going to be a big breakthrough for HRL that will guarantee success to this housing venture.

As we have already mentioned above, Capital Smart City is one of the best selling property in Islamabad despite the depressed market situation. Overseas residential and commercial plots are one of the best buying options due to early possessions, therefore own(profit) prices are increasing day by day.

There are rumors in the market that HRL has sold thousands of files without acquiring land, but we can confidently confirm that the company has already acquired more than planned land, i.e. master planning has been done for 40,000 Kanal, but purchased land is well above 50,000 kanals.

Capital Smart City recently launched limited 5 Kanal and 10 Kanal luxury farmhouses on easy installments. The prices seem a bit expensive, yet the planned features and development standards justify the prices. Those who want to enjoy the luxuries of life while living in a natural environment, Capital Smart City Farm Houses is one of the best options available today in Islamabad/Rawalpindi.

HRL is gradually increasing its workforce and vehicles to speed up development work at Capital Smart City, and you can see dozens of different types of vehicles engaged at various spots of the society. Initial possessions may start from 2020, while different blocks of the society can take 3 to 5 years or so until possessions are ready for handover.

Manahil Estate recommends Capital Smart City as one of the best investment options available today in Islamabad/Rawalpindi, hence we encourage investors to consider this investment opportunity for handsome returns in the medium term.